The lilting sound of a trumpet echoing out over the water shakes passersby from their reverie. Distant looks give way to wonder. Tourists and locals alike stray from their intentions and drift over to the water’s edge to discover what kind of happening they’ve stumbled upon today. “Magic,” they mumble when they see what’s on offer.

They’re not far off.

What makes Amsterdam so special are her secret treasures. Even after many years here, you can turn a corner or look in a different direction than you normally do and find something you’ve never seen before. It can be how the light falls on a building’s façade, a look through an open window, are a piece of performance art.

For us, one of the city’s greatest such treasures is our friend Reinier Sijpkens and his specially designed music boat. On this beautifully painted little craft – outfitted with just enough space for a tiny home-made organ, his horns, himself and fresh flowers (“They symbolize life”) – he cruises through the canals of Amsterdam. Then, when he finds the right spot, he’ll launch into a performance.

His preferred stage is the open water close to a bridge. That’s because he enjoys both the acoustics of the tunnel and the bridge itself affords space to his audience. His performances are generally shortened versions of popular songs, such as Miles Davis’ So What or classical compositions, like those by Puccini.

It is always up to his audience to decide what kind of music he’s going to play “classical or jazz” he’ll call out. Their wish is his command. That’s because it’s his ambition is to create something social, “I try to turn my performances into social happenings. It’s certainly not a solo act. The historical monuments, the bridges, the water, the public, I pull them into my performance,” he recently told the NRC (in Dutch). One example is when he involves the city’s bell towers. He’ll play duets with the towers’ clock-bell players.

A duet with the world

It isn’t just us who have noticed this most magical of souls. He’s been featured in numerous newspapers and the BBC’s An Art Lovers’ Guide recently declared him one of the five cultural highlights of Amsterdam. He’s also traveled a great deal to perform. Except for Antarctica, he’s played on every continent in the world. He’s actually got two boats. One with which he cruises the canals of Amsterdam and another which is constantly on the road, to countless locations (which, to our great joy, included both our wedding and our company’s opening!).

Of course, it didn’t start out that way. Though he’s been interviewed, filmed and written about broadly that was a while in coming. Initially, he didn’t even want to be a musician. He started off studying law, but he realized that excited him less and less. Eventually, he realized he had to go in another direction. He put his law books in front of his house and waited for somebody to take them. When they did, he finally felt free.

As for the music on the water part, that came about largely by chance. When he originally built the boat over 25 years ago, it wasn’t meant to serve as a miniature stage. His idea had been to use it to charm the ladies. A candlelit dinner under a bridge in a tiny boat seemed like a great way to get right into their comfort zone. Apparently, it worked. A little too well, perhaps, as he soon found the woman of his dreams and married her.

That left him with a boat and no clear idea of what he should do with it. From there he came up with the idea to turn it into a musical act. He built the organ, punched the songs onto cards and taught himself how to steer a boat, turn the organ and play the trumpet or French horn. When we asked him how he learned to do all that his reply was a shrug and the words, “I could just do it”. And he could. Because he was he was an instant hit.

Reinier is the Netherlands only full-time water musician. Perhaps even the only one in the world. It doesn’t exactly make him rich. It is hard to live and send two kids to college from the kilo of change he collects in a day. But it brightens people’s day. And that brings him joy in turn. He freely admits that he gets more energy from what he does then it costs him.

“When the organ sounds good and my boat is pretty, then I feel like I’m seeing the world through rose-tinted glasses. That attitude always creates a response. If you’re open to the beautiful moments, then the chance you’ll get them is big.”

The thing is, Reinier isn’t just open to them. He’s their creator. He simply radiates good vibrations. And often his audience will get swept away in his enthusiasm. His energy and his music are so contagious that after his performances people end up hugging it out. Often his audience will follow him from one performance to the next. Because when you find one of the world’s little miracles, you don’t let it go. We sure won’t. Reinier is far too special for that.

Check out our tours

Go to our Tours 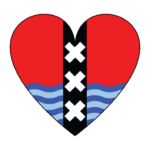 Want more tips? Download our ten top tips on what to do in Amsterdam! 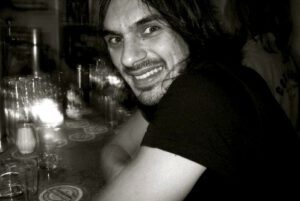 I am a writer, thinker, dreamer and traveler who’d rather collect ideas and memories than couches and clothes. I’d rather share what I have than covet what I don’t.

PrevPreviousWhat animals live in the Dutch canals?
NextWhat Would You Do If You Dropped Your Keys In The Canal?Next